Wilmer, the Country Director for Peru, started working with CHOICE Humanitarian in 2011. "I was born and raised in a community just like the ones I work in now," shared Wilmer. "I understand poverty, shortages, and difficulties in achieving employment opportunities and growth. CHOICE allows me to help my people obtain development opportunities just like I had.”

Today, we are spotlighting our Country Director from Peru, Wilmer Cruz. Wilmer started working with CHOICE Humanitarian in 2011 as part of a university research study on the impact of child nutrition in rural areas. A short time later, he was invited to become a part of CHOICE’s team as a nutrition assistant. Over the years, he had the opportunity to work as the head of nutrition-related projects and then as Country Director. “Having worked from the smallest step allowed me to learn a lot about the processes of change and the development needs of the population,” Wilmer said. 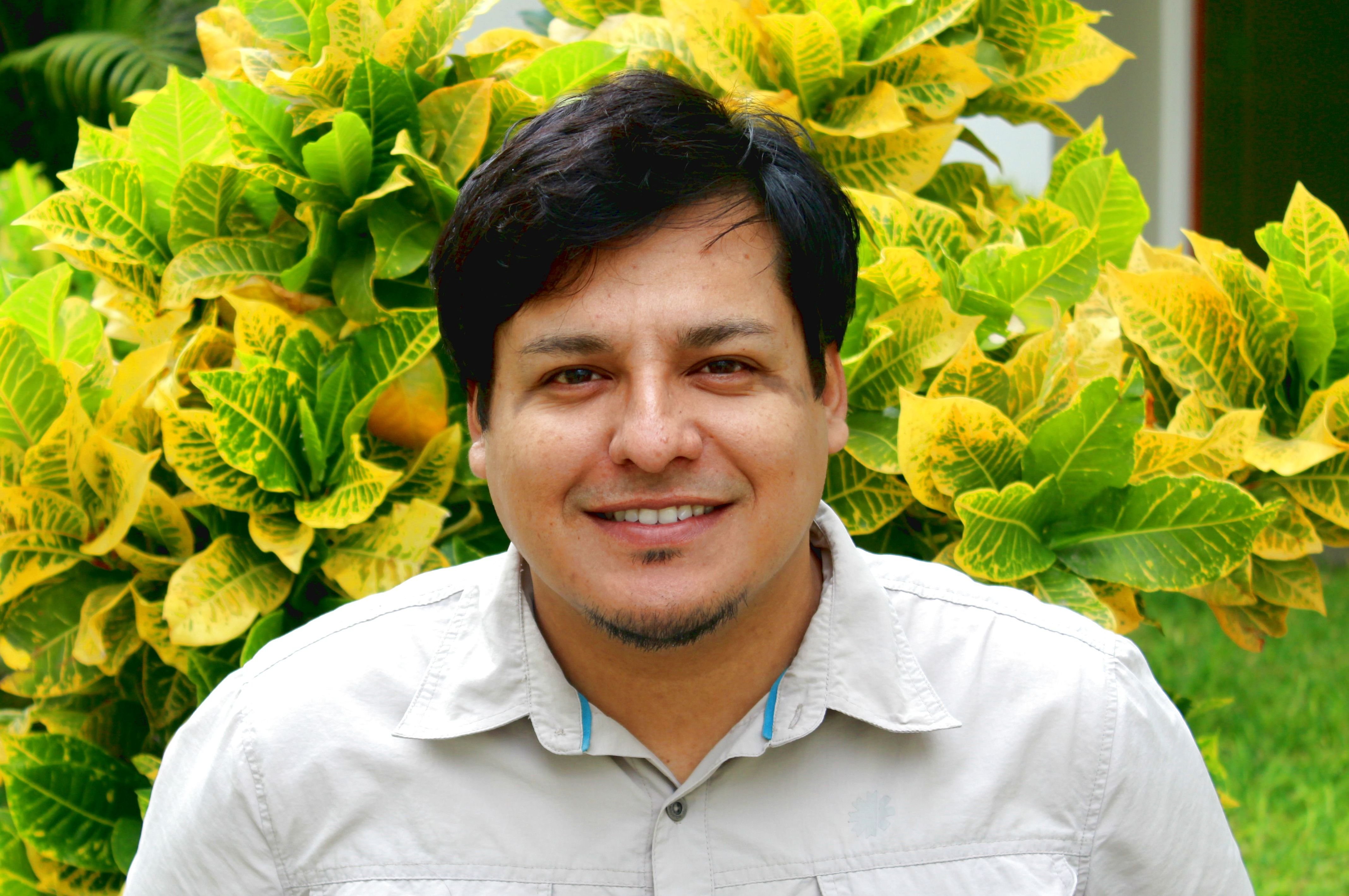 In addition to being a graduate in nursing, he also studied psychology and human nutrition. He has a master's degree in Education and is currently completing a master's degree in Social Management at the Pontifical Catholic University of Peru (PUCP). Wilmer came to CHOICE as the former Head of Health and Nutrition of Feed the World, a similar-mission driven nonprofit organization, following its merger to CHOICE Humanitarian in 2015. Wilmer is passionate about changing and improving people’s habits through educating families, schools, and communities

The Fulfillment Wilmer Feels in Working for CHOICE

When it comes to CHOICE’s work in Peru, Wilmer shared, “CHOICE Humanitarian in Peru develops its activities with the philosophy that to be human is to be treated with dignity—to be valued for what you are and the unique contribution that you bring with you.” Wilmer and his team have a strong commitment to provide reliable support for rural communities in the Andean Plateau, El Faique, and La Arena, and to help them achieve their economic and human development potential. Additionally, Wilmer recognizes that one way to do this is by highlighting the value of women in all aspects of the process of economic and community development. “Not only are we making sure that rural women have a leading role,” Wilmer explained, “but also, we are making sure that we are offering choices, conditions, and opportunities that are equal for all.”

When asked about his favorite part about working for CHOICE, Wilmer said, “One of the things I enjoy about working with CHOICE is the opportunity I have to work on something meaningful to me, since I was born and raised in a community just like the ones I work in now. I understand poverty, shortages, and difficulties in achieving employment opportunities and growth. CHOICE allows me to help my people obtain development opportunities just like I had.” 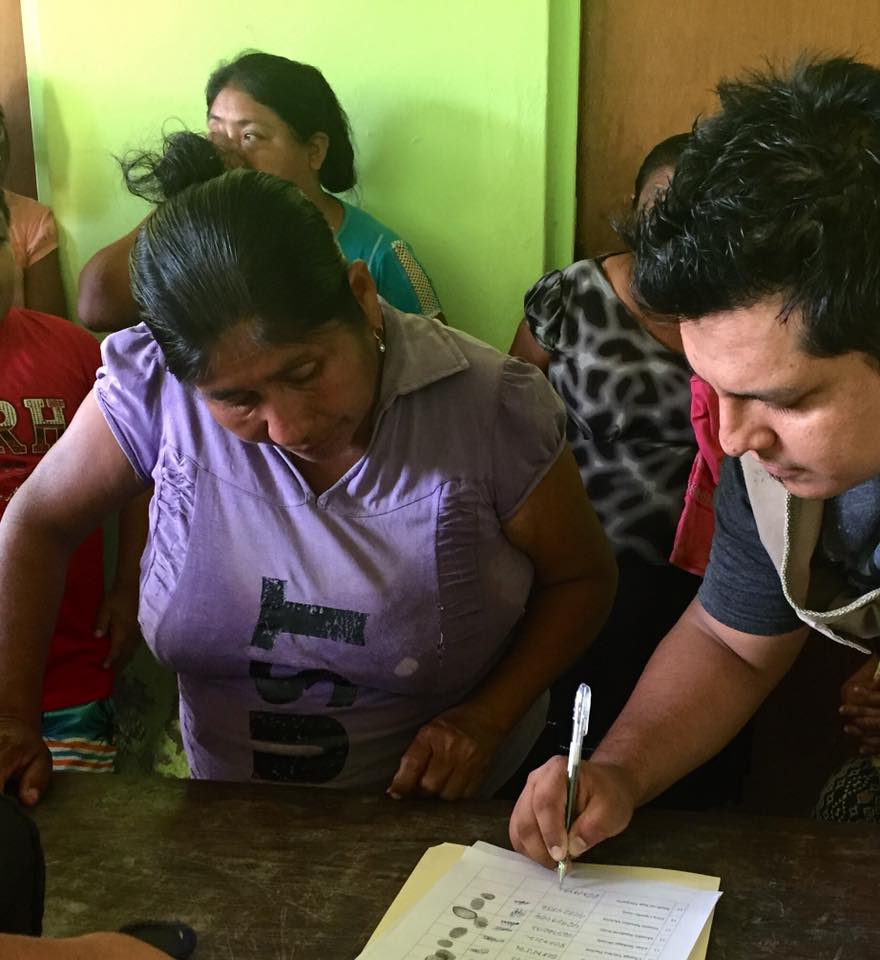 On the most important thing he has learned during his time with CHOICE, Wilmer identified this: “Perhaps the most important thing for me is having learned respect for life and human beings regardless of their condition, and how beautiful the diversity is that each individual expresses. I have taught many principles in my life, but I have learned more than I have taught, and I am very appreciative of that.”

Wilmer explained how CHOICE has impacted rural communities in Peru in multiple ways. “CHOICE has an impact on the health and development of the communities where we serve—in fact, we work jointly with public and private organizations to achieve sustainable changes. But perhaps the greatest impact is seeing the change in the lives of many women who today run businesses to help their families and communities access greater well-being and quality of life.” 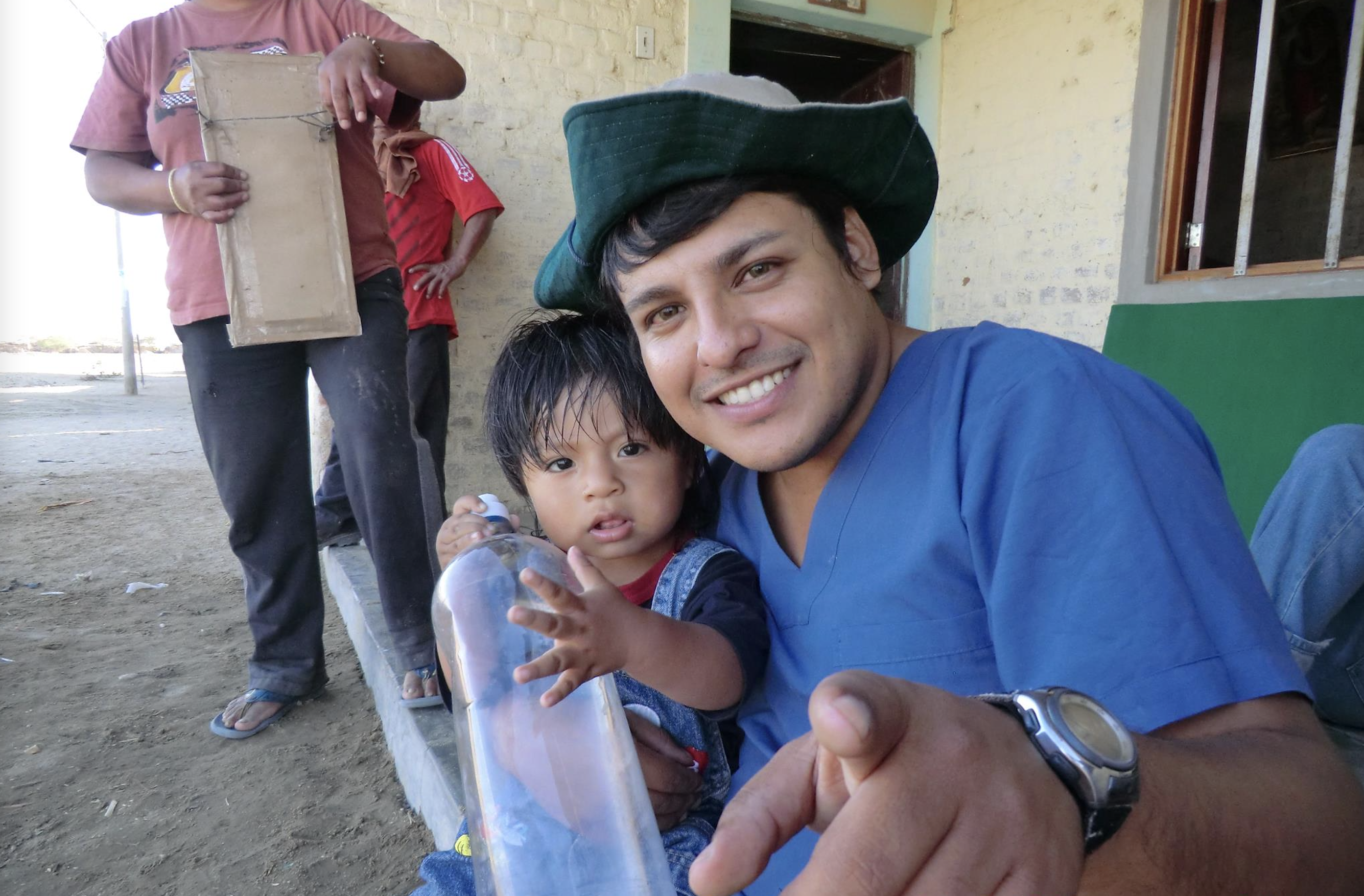 Wilmer's Inspiring Interaction with a Group of Local Women

When describing his favorite experience working with CHOICE, Wilmer shared,  “Normally when I think of the best moments with CHOICE, experiences I’ve had with my co-workers come to mind—some risky, fun, or sad, and others successful—such as working with the Women's Association, Jesus is Love." Wilmer went on to explain: “I had recently been appointed Country Director, and I had to make decisions based not only on needs, but also on my budget since that year we had few donations. Recently, one of our projects has not gone as well as we had hoped. The community did not respond like we had anticipated, and so I felt that for future projects, community members would have to demonstrate that they deserved our involvement.”

It was in this mindset that Wilmer was approached by a group of three women. They came to his office and invited him to come visit their village so that they could ask for CHOICE to support them in raising ducks to eat and sell. Wilmer said, “I remember that I went as a courtesy, but I was determined to say no, because I had little budget that year.” While there, those women asked for my help. Wilmer told them no because he had no money to help them with their farm project. However, they told him not to worry about the money. They only needed birds. “I told them that I could help them if they could build a straw and bamboo farm in three days,” shared Wilmer. The women immediately answered yes—they would do it.

After three days, Wilmer returned to the women’s village. Where there had been nothing but land, he found a very rustic straw and bamboo farm and 31 women working to weave the last walls together while their husbands finished placing the roof. It brought tears to Wilmer's eyes. “Four years have passed since that time we met, and now they are leaders in sales of not only ducks, but also of other products,” Wilmer reported. “They learned to read and write, do mathematical operations, and value their work hours, and many of them have given classes to other women about entrepreneurship and how crucial it is to value women within the family's economic development, as well as the importance of the role of women leaders in the community.”  Wilmer added, “And it only cost me at that time the initial investment of 400 dollars. That was one of the best investments of my life." 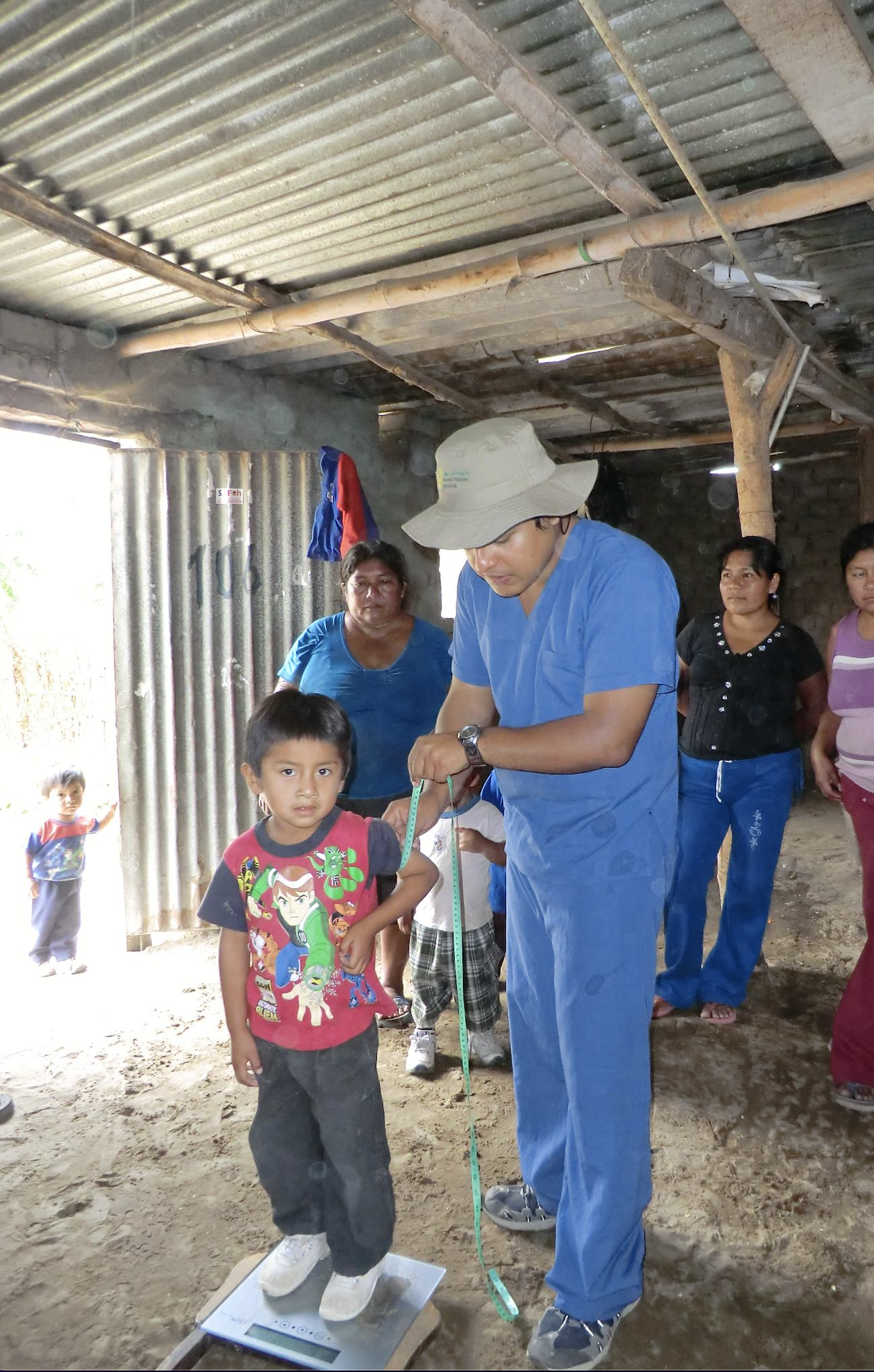 Wilmer's Contribution to his Community

CHOICE Humanitarian’s mission would not be possible without the dedication, passion, and hard work of our Country Directors. Under Wilmer’s leadership, rural communities in Peru are accessing relief from childhood anemia and malnutrition and initiating agricultural and entrepreneurial projects. Wilmer expressed, “We are strong and keep pressing forward in our fight against poverty! It is our wish to continue working with strong hands to reduce the social gaps that bring us inequality and devastating poverty.”

Planting the Future with Greenhouses in Bolivia

CHOICE Humanitarian in Bolivia worked with the community of Choritotora to construct ten greenhouses in a multi-year agriculture and entrepreneurship...

Appointed as CHOICE’s Country Director in Kenya in 2018, Oreu started his journey with CHOICE as a volunteer over 20 years ago. Said Oreu, “Over 300...

Nearly half the world’s population lacks access to digital technology. This means they are disconnected from opportunities to build capacity, improve...

CHOICE Humanitarian can mobilize rural poverty solutions. Here's how you can help: 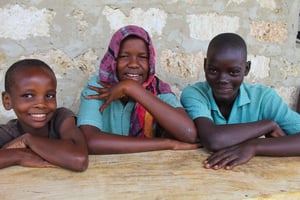